The optimization of buildings creates spaces in which one simply feels comfortable, which increase performance and motivation and support various activities through their individual quality.

Buildings can store and release imprints over a long period of time. These can have a negative influence on the physical and mental health of residents and employees or hinder the sale of an object. 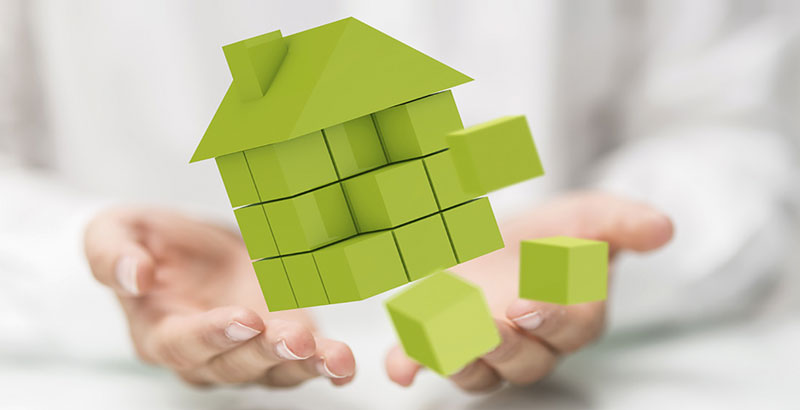 On one hand, negative room embossing can have natural causes such as water veins or earth radiation. On the other hand, artificial disturbances caused by humans are known to increase more and more. With the help of the information field technology negative imprints can be dissolved and positive qualities can be brought in. By the dissolution of such disturbances often amazing improvements result in the well-being, in the working climate as well as with the real estate sales.

Electrosmog is a collective term for environmental pollution caused by electromagnetic fields and radiation.

We create our own electrosmog with electrical appliances of all kinds such as mobile phones, cordless phones, microwaves, radio alarm clocks, energy-saving lamps and computers. In addition, we are increasingly exposed to radiation sources, such as transmitter masts for mobile phones or radar systems.

Electric power and the fields it emits are often the cause of serious illnesses. Practical experience shows that the limit values are far too high and do not represent any real protection.

There is also a widespread but false perception among the general public that electrosmog is only an effect caused by transmission towers and high-voltage lines. The fact is that in normal households there may be electric fields with an intensity comparable to that of mobile radio transmitters, high-voltage lines or transformer stations.

It will not be possible to remove all cables and devices. However, it is possible to minimise or neutralise electrosmog in the home or at work by simple means.

* Note: Science and orthodox medicine do not recognize the existence of information fields, their medical and other significance and the TimeWaver systems and their applications due to lack of scientific evidence in the sense of orthodox medicine.
Initial analysis for free
Information brochure

We use cookies on our website. Some of them are essential for the operation of the site, while others help us to improve this site and the user experience (tracking cookies). You can decide for yourself whether you want to allow cookies or not. Please note that if you reject them, you may not be able to use all the functionalities of the site.